We leverage expertise in human genetics, data science, immunology, and neurology to gain a deeper understanding to the biologic mechanisms and etiology of the diseases we aim to treat and to prioritize the targets within our portfolio. 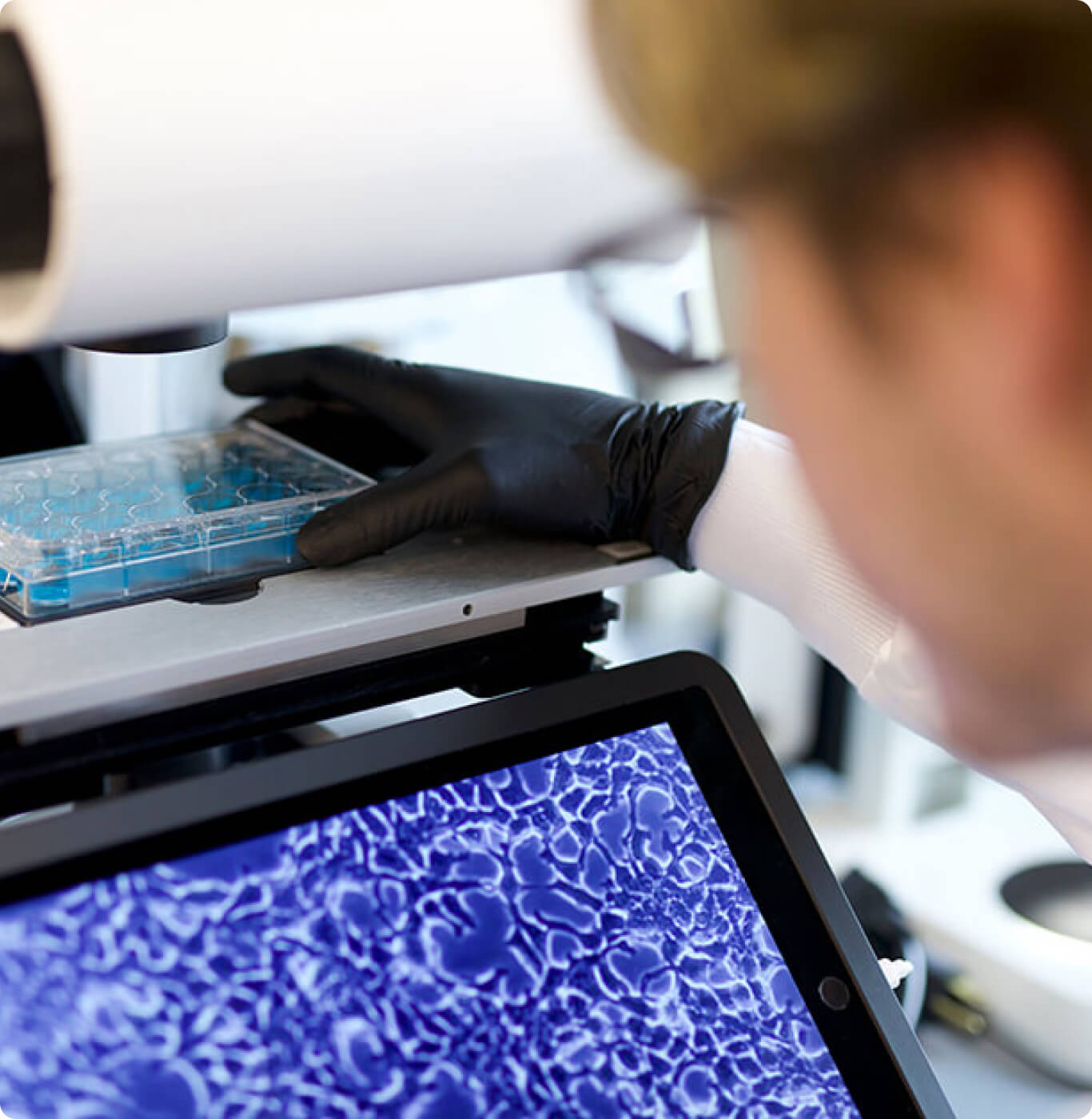 We leverage our strengths in chemistry, genetic target selection and validation, and AI-enabled drug discovery to uncover promising new ways to fight disease.

This is Just the Beginning

We leverage our strengths in chemistry, genetic target selection and validation, and AI-enabled drug discovery to uncover promising new ways to fight disease.

The second most common neurodegenerative disease, Parkinson's leads to a gradual breakdown of dopaminergic neurons in the brain and a loss of dopamine, leading to impaired movement and other symptoms. It is characterized by bradykinesia, resting tremor, rigidity, and postural instability. Patients may also experience a range of non-motor side effects including hyposmia, sleep disturbances, depression, and more.

In addition to environmental triggers, specific genetic mutations can cause or increase risk for Parkinson's disease. One of the most common monogenic forms of Parkinson disease (PD) is caused by mutations in the LRRK2 gene that encodes leucine-rich repeat kinase 2 (LRRK2). 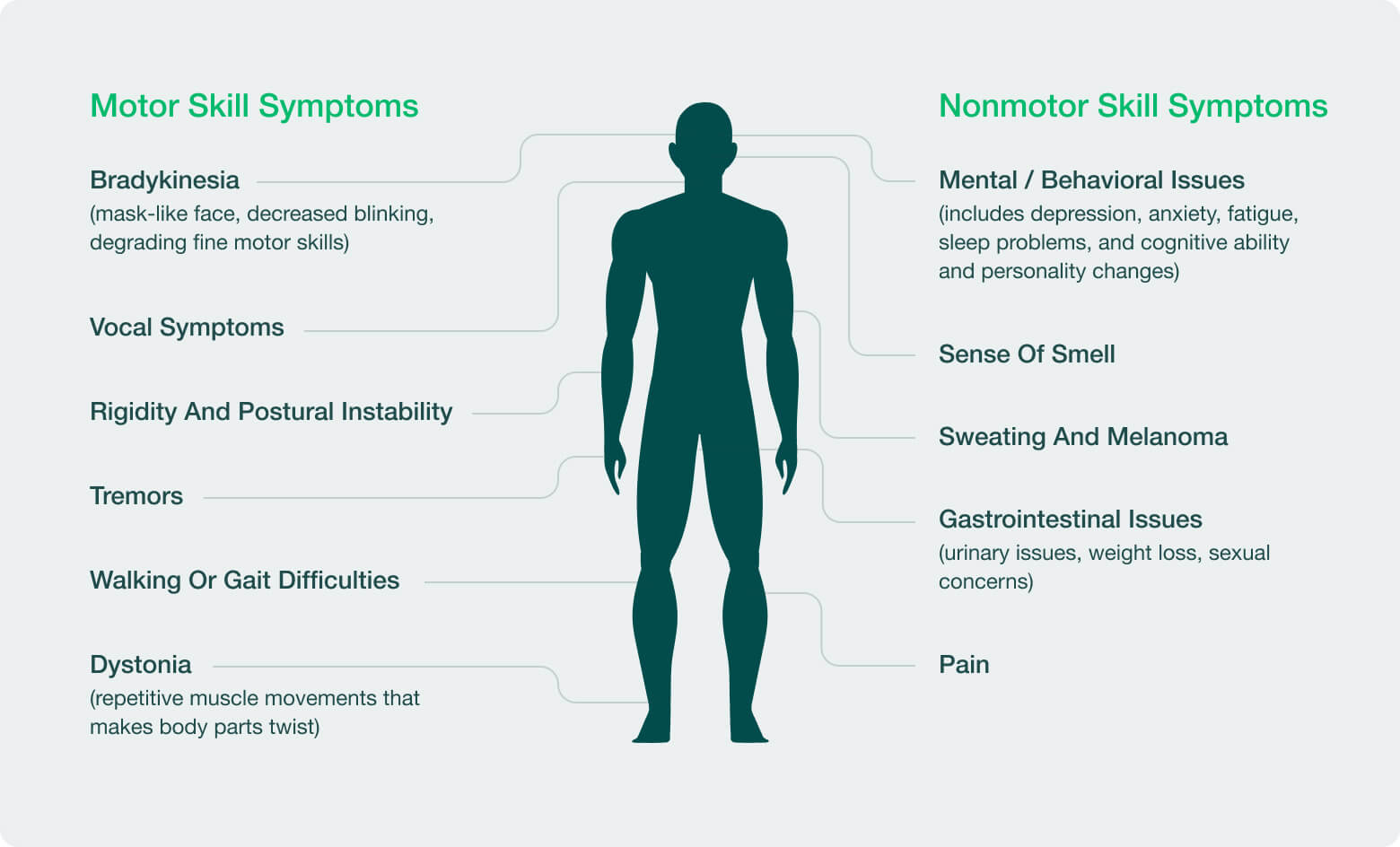 LRRK2 is a large, multidomain protein that plays a role in many cellular functions including vesicular trafficking, autophagy, lysosomal and mitochondrial function, neurotransmission and immune and microglial responses. Over 100 mutations in LRRK2 cause or contribute to risk in PD. Furthermore, a clear link has been established between LRRK2 kinase activity and PD penetrance. 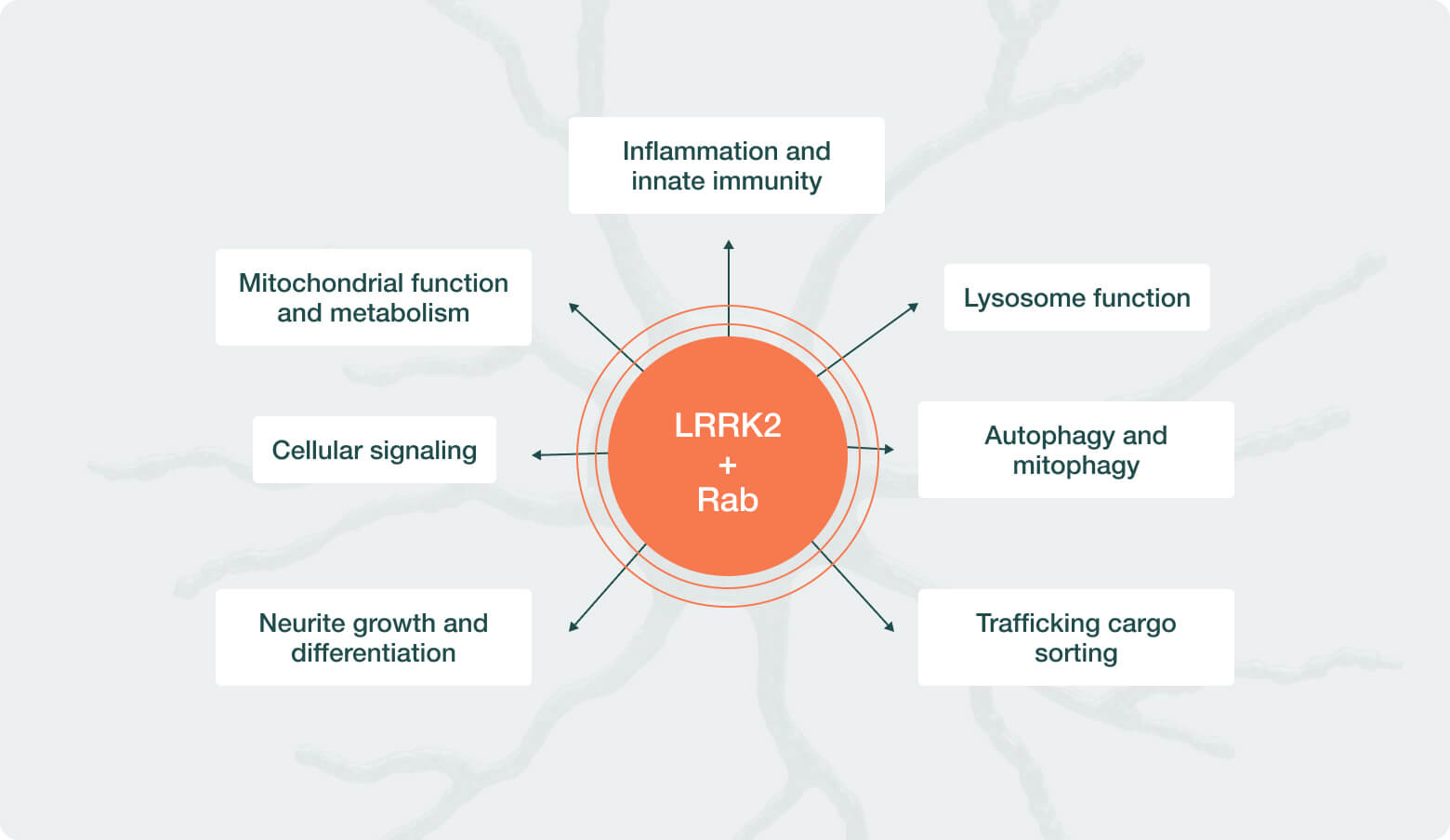 Tyrosine kinase 2 (TYK2), a non receptor intracellular signaling kinase, mediates signaling pathways that are critical in the cycle of chronic inflammation in immune mediated diseases. Importantly, TYK2 is involved in the signaling of multiple cytokines known to be dysregulated in MS. Individuals with mutations in the TYK2 gene that result in loss of TYK2 activity are protected from autoimmune disorders including MS. 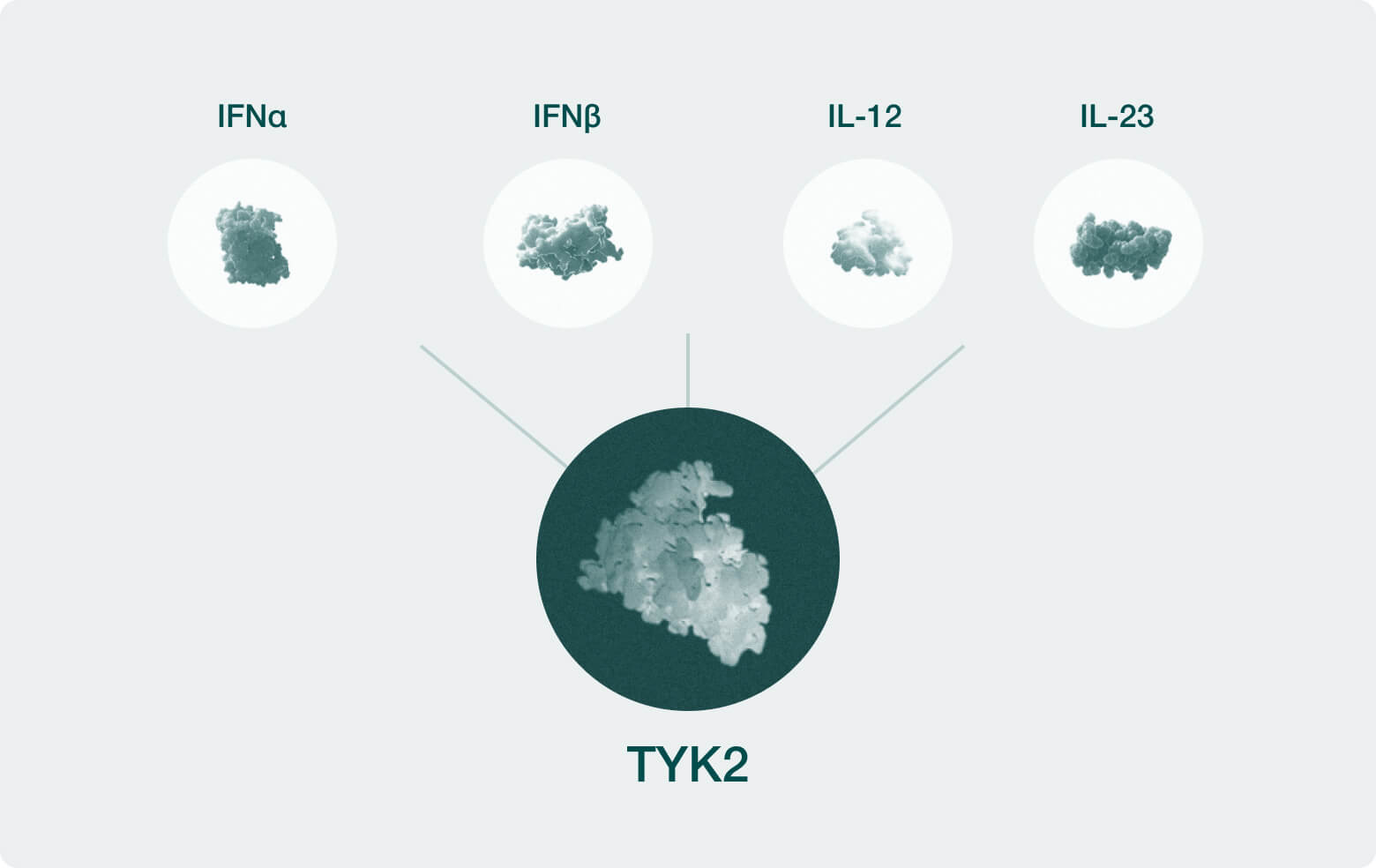 Multiple sclerosis (MS) is an autoimmune disease in which the body's immune system attacks its own central nervous system (the brain and spinal cord). In MS, the immune system attacks and damages or destroys myelin, the insulating covers of nerve cells in the brain and spinal cord. This disrupts communication between the brain and the body, which can result in a wide variety of symptoms including: fatigue, numbness, vision problems, muscle spasms or stiffness, bowel and bladder function problems and cognitive difficulties. Therapies that can interrupt the immune system’s attack on myelin have been shown to provide benefit to patients with MS. TYK2 is a protein target that plays a key role in immune cell signaling. 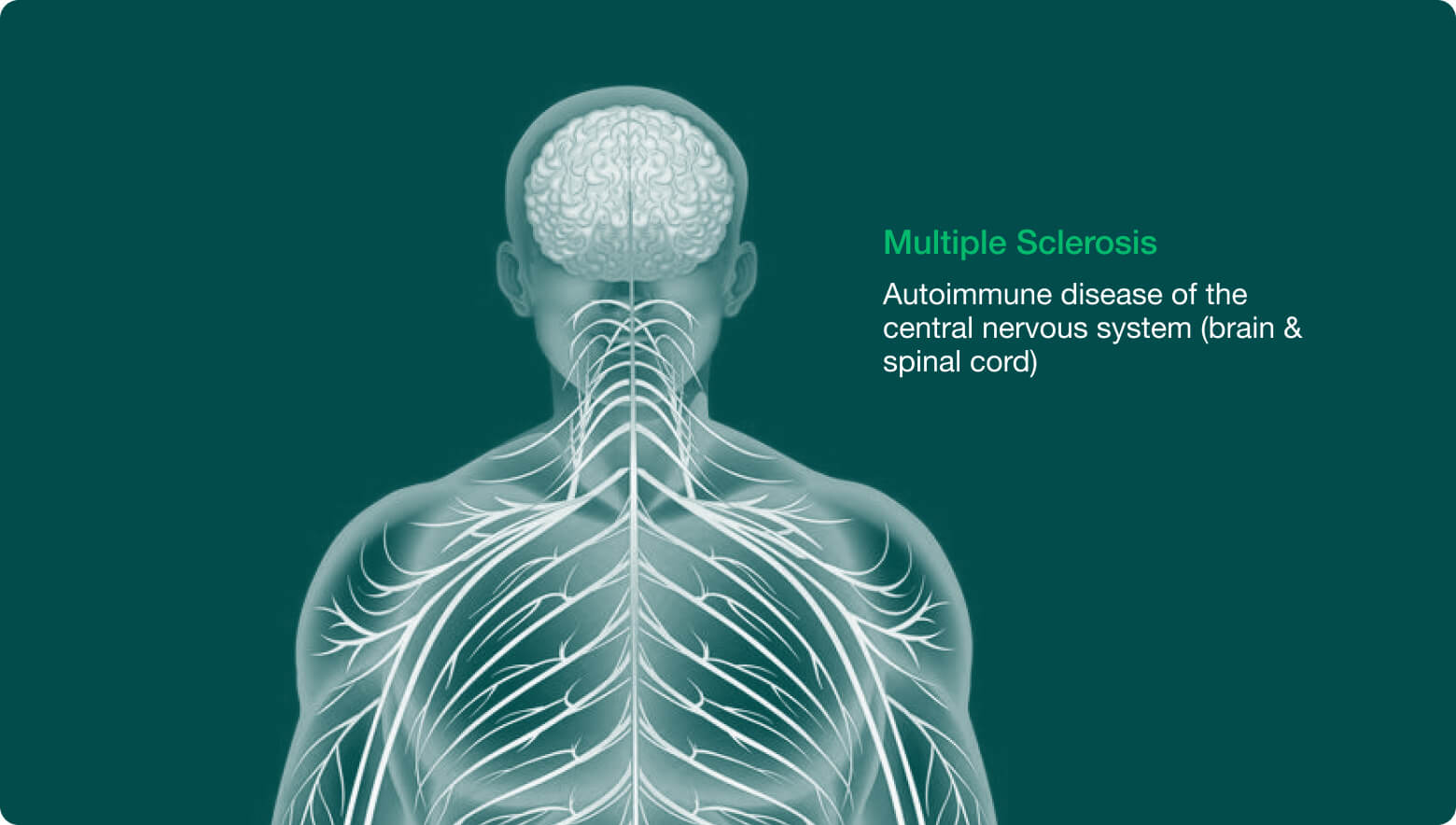